These are openings he knows pretty well as he will play them all the time. After some time he probably played each of them a few hundred times and knows them very well. This takes some years and over time this will deepen his understanding in these systems.

What to play as Black?

If you play the black pieces you should know some good openings against 1.e4 and prepare some good opening systems against d4. Against e4 I recommend the sicilian opening lines because Black scores very well with the Sicilian. There is no need to choose inferior opening systems, for example like the Scandinavian, when you know that the Sicilian is a successful opening.

The Sicilian is very complex and there are many books about it. Just get the best of them and study them if you want to become a master. The Sicilian itself consists of many systems so you have to select again what system you prefer and want to study.

You should make up your mind whether you are a e4-player or a d4-player as White. This will cut down the number of chess openings you have to study.

Study and prepare your openings accordingly. There are a lot of opening lines and you can't possibly know them all.

When you are young and just started with chess you should play e4 as White because the resulting positions are tactical rich and demonstrate the principles of chess more clearly compared to closed or half-closed openings that you get when playing first move d4. These games have a more positional mostly quiet character and are suitable for older and experienced players who like to play the game on a positional level.

To be prepared saves Time and Energy

If you have selected and prepared your favorite openings you will be covered to a large extent and you will always know what setup and what lines to play fairly quickly. You will play the first 12 moves or so in a couple of minutes. This saves time and energy.

I will introduce a repertoire for you that I have selected.

Come back to my site in the future as I will continue on this page and show you what to play. Of course, this is my own selection of opening systems, but you will be amazed.

I show you only openings that are not refuted yet and are played by grandmasters as well. So don't expect any dubious lines or amateur openings here.

How to beat the Spanish? - Jaenisch Gambit as known

How to beat the Spanish? - Jaenisch Gambit tested and researched with the best chess program!


For White - How to beat the Semi-Slav Defense

This new idea (11.g4) has been applied successfully by GM Vassily Ivanchuk (as White) 2014 in Gibraltar. 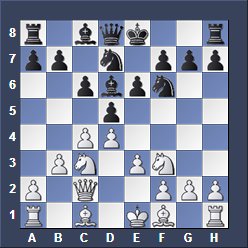 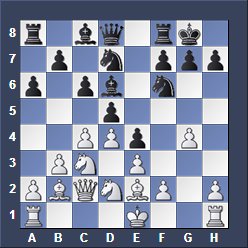 The white idea is first to chase away the black kingside knight ( playing g5, if Black plays h6, then White plays h4 followed by g5 ). This will weaken the center square d5 where White will then capture (cxd5). After this the c-file will open up and the white queen penetrates into Black's position (to c6) and attacks the weak pawn at d5.