This is chess for advanced players as moves are hard to find. All positions are from real tournament chess games and are checked by a grandmaster to ensure that solutions are correct. 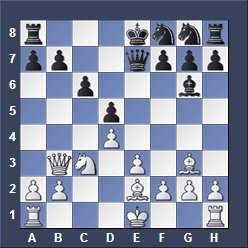 Black is underdeveloped as you can see. The knights are badly placed. White has not castled yet, but has more pieces out in the game. White has to act quickly before advantage evapourates.

The idea is to OPEN UP the game and apply the break, because Black is underdeveloped. 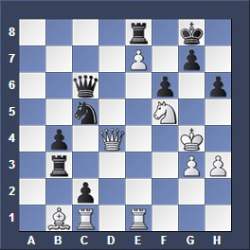 White wants to add further forces to the attack. He frees the square g4 for his queen which will work together with the knight to apply pressure to the weak point g7. 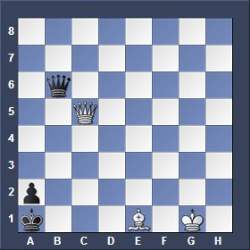 First of all to capture the queen 1.QxQ is a draw because of stalemate. After 1. Bc3+ Qb2 2.BxQ the endgame would be a draw. 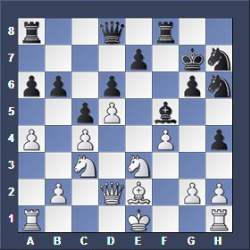 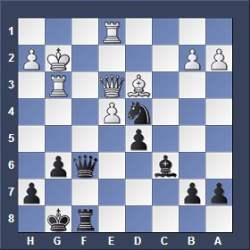 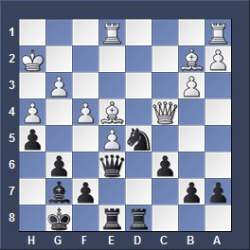 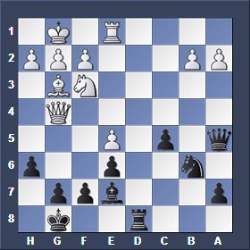