If you are playing the black pieces and your opponent knows the "Spanish" well, then it might be a good idea to play the Jaenisch Gambit. This opening line is not popular and if he doesn't know it, he can easily go wrong. Of course you should know it better than he does. So study it well before you play it.

The Jaenisch Gambit is not refuted yet, so it is perfectly playable. It is sometimes played by grandmasters as well as a surprize weapon.

It starts with the moves: 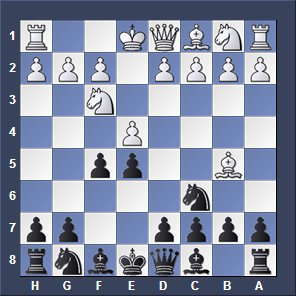 This is a sharp line that will surely upset your opponents mind.

If White accepts the f-pawn (4.exf) then Black advances his e-pawn to e4 attacking the knight.(4...e4) 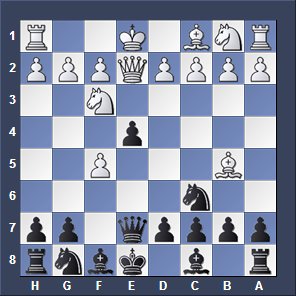 If the e-pawn gets pinned by the white queen (5.Qe2) then Black unpins with 5...Qe7 and now the knight is attacked and must go somewhere. So first 6.BxN dxc 7.Nd4 Nh6 (attacks the f-pawn to regain it later). 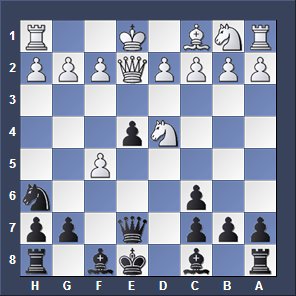 Black tries to open up the f-file on which he will apply pressure later on.

Furthermore Black tries to destroy the important center pawn e4 which will give him a better pawn center.

White easily can run into the following trap.

White often likes to trade the bishop immediately because he believes wrongly that he gets an advantage after winning the e-pawn playing Nxe. But this idea is wrong as Black gets a good position.

- Make sure you recapture the bishop with the d-pawn (4...dxc), as after that your queen can enter the center square d4 (see image on the right) AND your bishop c8 can get developed later and is not locked in by the d-pawn anymore.

White will be happy now as he sees himself winning already as he discovers the apparent "deadly line"
6.Qh5+? g6 7.Nxg hxN 8.QxR.

Yes, this line is deadly, not for Black, but for White only. You have to apply x-ray vision to see that the rook is protected by the black queen and can't be captured by the white queen. So Black just captures the Knight and White is a piece down and has not enough to show for it. 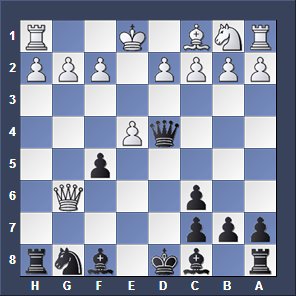 Black is better. Good Luck with it!

1. Open the f-file by trading the f-pawn
2. Get your pieces out after that fast
3. Keep in mind that you need the move Qe7 to unpin on the e-file 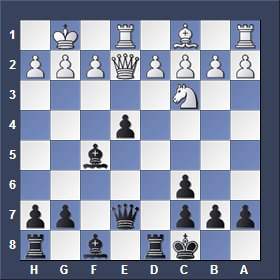 Black moves: He plays ...Qf6 and gives up the weak e-pawn for counterplay along the f-file.