If White protects his c-pawn early to stop Black from entering the Queens Gambit Accepted it is also very common for Black to move the queenside bishop out into the open to f5. The important thing to remember is here that the bishop comes from the queenside, so it leaves a weak spot there. It came from c8 and had protected the square b7. So b7 is weak now. Ge this idea into your head and then you will understand the white answer.

Why?
Because the white queen attacks now b7 and the plan is to play on the queenside. White will accept the exchange of queens and will let his doubled b-pawn run up to b5, then exchange pawns and create a weakness on the queenside. 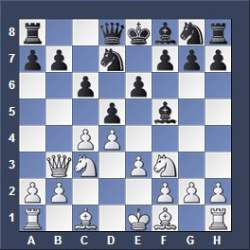 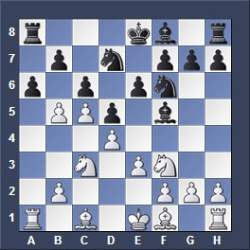 The basic idea is to attack b7 with the queen. After that you keep going playing on the queenside. Don’t fiddle around at the kingside, but keep an eye on the center as well. 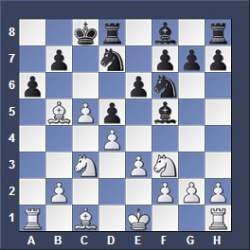 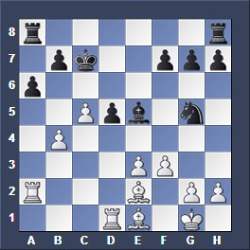 Surprisingly Black castled long. White has to use his second b-pawn at b2 as well. The first doubled b-pawn has been exchanged, remember?
Now throw in the last ressource, the second b-pawn and let it run. Get your bishop out of the way first and don’t trade it for the passive knight!

This is just an example of how things can run. If you don’t like this somewhat passive setup then don’t play e3 so early as White or Black will bring his bishop out, but then you have to learn heaps of chess theory.

Replay the Chess Game below

Watch how White is attacking on the queenside but switches back later to the center to win a pawn.