Learn some chess strategies and benefit from the insights given by chess grandmaster Bogdan Lalic.

“I won today in the 4th round of the Cesenatico tournament. It was close to equal, but I won because my bishop was stronger than his knight. It was not easy, but I used some of his inaccuracies in the endgame. Also I did not play perfectly the endgame, I should not play h2-h3.

It was a tough decision whether or not to play this move, the computer does not like it and gives Black excellent drawing chances after that move. Luckily for me, he did not play the best at the end and I still won.”

“…even White can struggle these days with 250 points difference in Elo.” – See game below.

The Schliemann Defence is not refuted yet, so it is a good idea to use it as surprize weapon for Black against unprepared players who play the Ruy Lopez. 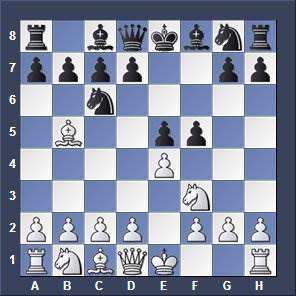 The position is even below, but White lost as he played the losing move 51.Ne6?. 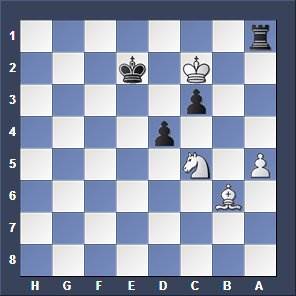 “Today I completely overplayed my opponent FM Schacher Gerd elo 2347, computer was giving plus 2,5 for me, but at the end I only drew.”

“He had no time, lost position, everything but HE KEPT KICKING ALIVE, like every German player ( Italian federation, but German, South Tirol ) he fought to the end.

I had Queen and two Pawns for Rook and Bishop, so materially and by time he is completely busted, but then I relaxed just one move ( I should have played Rook to e1 pinning him down e-file after which he cannot avoid exchange for Rooks and the game is over ), after this, my mistake, he kept finding always the best move, at the end maybe I am also winning, computer gives plus one for me, but technically it is very difficult and my king is never save, his bishop on d6 is fantastic.

Technical stage of the game I played very superficially and he used this by very powerful play in a lost position for him. This is how I am losing my elo, NOBODY PRESENTS ME WITH ANYTHING, no blunder, nothing. Everybody plays against me like the life depends of that game. Only I present to others with half point here, half point there. This is why I am losing my elo, not because of bad play, just because of bad luck. Terrible.” 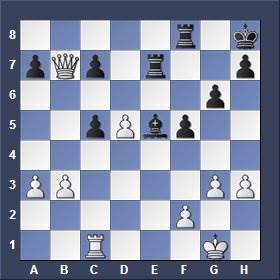 …it is very sad, I played whole game excellently, but here I just relaxed. The problem is, my opponents play to the end, always fight to the end, never resign and I do not want to play whole game with 100%. I do not have that energy any more.”

Elo depends mostly against whom one is playing not how one plays, a simple mathamatics.

Look how GM Igor Glek, who now has low elo, demolished in Moscow blitz, Karjakin, Grischuk, Morozewich etc. He has just low elo because he does not play against those players, but he plays very little and only open tournaments or small closed tournaments.

This is why GM Glek has small elo, not because he is so much weaker than those so-called ” Elite Players “, who play between themselves!”