The Max Lange Attack is an aggressive chess variation that can arise also from other opening lines such as the Two Knights Defense and others. I don’t want to confuse you. Just concentrate on the way this opening line is played and study the replayable games below. 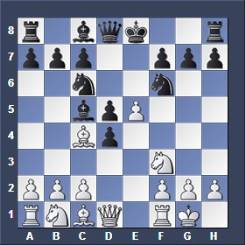 I believe that White cannot gain anything in the Max Lange Attack if Black makes good moves and castles long. I even think that White is put under psychological pressure as he has to prove that he has something to show for the pawn he has sacrificed. If he can’t do this or if he tries to hard he easily can drift into a losing game. So if you have Black don’t be afraid of it, but begin to like it.

Games of the Max Lange Attack

Download PGN
Back from – Max Lange Attack – to – Italian Game