“The famous Judith Polgar announced that she is retiring from competitive chess, that means that I will keep my 1-0 advantage ( win over her in olympiad in Yerevan 1996 ).” – by GM Lalic

During 41st Chess Olympiad in Norway two chess players died a natural death. Kurt Meier, 67, a Swiss-born member of the Seychelles team, and another player from Uzbekistan. Rest in Peace. Read more …

After the following two incorrect moves from Black (M. Carlsen) White had a winning game. 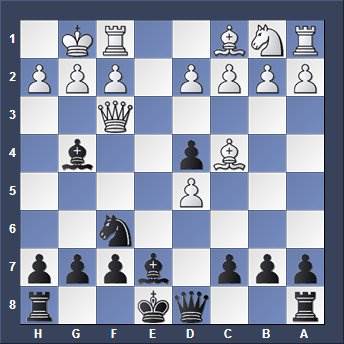 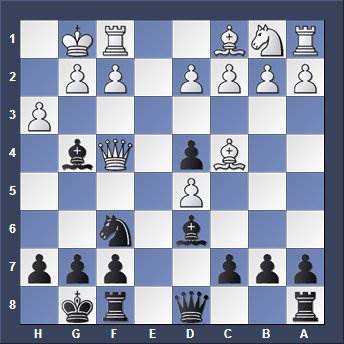 “I drew in the 3rd round of Pisignano Open tournament. My opponent, despite low elo, played quite well. His Knight b1 is a novelty ( it was played Ne2 before ), the problem is that I am almost 500 elo points more but he does not play badly and I am quite unexperienced with that Benko ( Grivas ) 4…Qb6 Sicilian – I played this only 3rd time in my life.

At the end he is better and I have no active plan so I offered a draw. This shows how difficult it is to play with players whom you do not know, the weakness ( I only saw 14 of his games in bigbase and he played 187 elo rated games since 2008, which is rediculous because Italian tournaments where he plays I cannot see ). Terrible for my elo.

“I am known as a lady-killer but WIM Viktoriya Schweitzer, despite modest elo 2177 is well known for upsetting male GMs ( she beat GM Evgeny Sveshnikov and drew with Yacob Murey, Evgeny Gleizerov, Nenad Sulava, Savchenko etc ) so I must be on guard today because she is very UNDERATED.”

“People ask why do I have so low elo – I just reply that if you play underated players all the time I could go down to 2440 easily. Terrible.”

“Today was probably my worst game for ages. I got after 23 moves big advantage ( plus 1,15 according to computer ) and the game ended up in a draw after 30 moves when suddenly she is better ( plus 0.75 for her ), so I harmed my position by almost two units ( like a blunder of two pawns ).

It was just a strategical blunder ( from 23rd move playing all the time second rated moves ). The mistake is not of calculation, but of strategical assessment of the position – her Knight on c3 is passive and I should not have exchanged it, – after 23…Nb6! heading for c4 she will have soon to part with her lightsquare bishop for my Knight after which Black has strategically winning position.

Her f2-f3 is a very good move searching for counterplay – I wanted to play Bishop to d5 ( instead of Bishop to c4 ), but she plays Queen to g3 threatening my pawn on h6 with counterplay.

By that stage all my advantage had already gone, then probably Queen to d3 ( ambitious but bad move ) is a new mistake ( modest Queen to g4 is better when she is only slightly better ).

In the final position she can play the obvious moves Rook to e6 or even a3-a4 after which my position is quite suspicious ( plus 0.75 for her ) so I offered a draw there.

This game reminds me of the game Schweitzer,V 2243-Sulava,N 2544, Kaupthing 2007 where again she managed to turn things around – Croatian grandmaster Nenad Sulava had advantage of plus 1,5 after 23 moves and draw was agreed after 34 moves, when he is losing ( plus 2,5 advantage for her ) so he quickly offered a draw in the final position.

She is very much underated, she does not know very well openings, but she is very experienced ( she beat once GM Evgeny Sveshnikov with Black ). However I played very badly today, it was all my fault I should have won that game. Maybe mistake came because I do not play those positions very often, so I do not feel the position. I do not know why all this is happening now with me. Not good.”

Back to – Chess Strategies GM B.Lalic
Go from – Chess Games – to – How to play Chess – Home