Before strong chess programs were developed many opening lines seemed dubious to the human eye. But now many are being played again because computers analysis proved that they can be played indeed. 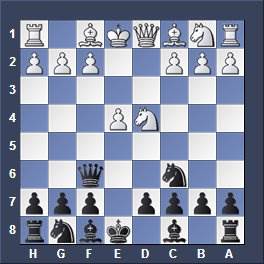 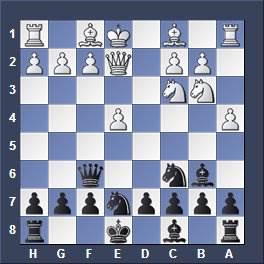 “I know nothing about that line (above) but I AM AVOIDING it with my home prepared line (see first position) expecting 5 Nxc6 when 5…Bc5! is allowing me the line which I had prepared before with my computer.” See below 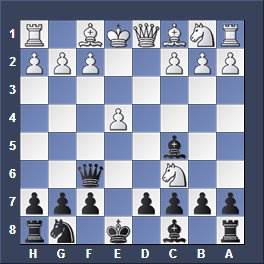 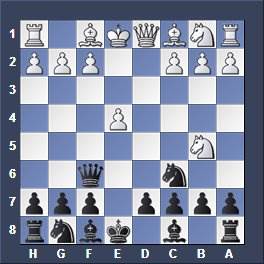 “Oh no, you are not going to catch me, I am BETTER PREPARED THAN YOU, sir! Now you are entering the line which I had prepared with my computer for the last 200 hours!!!”

“If this is NOT THE END OF CHESS ( SHITTY CHESS ) THEN WHAT Is it? Both sides play computer prepared moves from 1st move onwards.”

“This line is not played in any game in Chess Informant nor had been commented in Chess Publishing, so it is an interesting rare pet line of chess fanatics who work a lot on chess ( not like me ).” 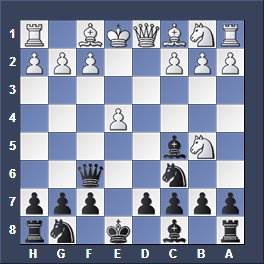 “This line of -the Scotch- just shows the problem with modern day computer SHITTY CHESS. The lines are extremely CONCRETE with direct threats in EVERY MOVE, where attack and defence mutually interact, After the moves line 5 Nb5!? you cannot solve the opening problems with logical moves – the problems are very concrete and one has to use computer to check any position, because being a GM does not mean that your first proposed move will be correct – only computer will tell you the best moves.”

“Reintroducing The Scotch in the modern ( computer ) chess by Garry Kasparov in his match against Karpov was one way towards today’s abyss in chess. The play became incredibly concrete with unusual positions, where one normal looking move, not checked previously by computer can lead to a lost position, because White is threatening from the first moves ( not like in Ruy Lopez with 3 Bb5 where White plays on small and lasting advantage ).”

“Basically strong players who do not follow the latest theory could be easily knocked down. I do not know why there is such a big connection between The Scotch Opening and computers, but it seems that the plays get very complicated from the start, because the center opens quickly which very much suits computers and players, who play by memory.”

GM Lalic selected the Greenfield Defense because he wrote a book about the Greenfield many years ago and knew it well. Nonetheless his opponent, rated 2079 Elo only, was well prepared as he knew the latest theoretical move 12.Rb3!?.

“Here is my game from yesterday, I was winning at some point but I rejected the line because I did not see anything concrete for me. He was in time scramble, but defended very well, I saw only Bb6 he plays Rc3 and exchanges the rooks and I rejected it thinking it is a draw but I did not see what computer sees, the pawn sacrifice with …a5 if he takes it he loses f4 and e4 pawns, if he doesn’t take I play b5-b4 and he can do nothing with his pawn majority while in the meantime I play bishop to b5 and later c4 winning his a-pawn, complete domination.

I just did not see it because the position is extraordinary, in order to make my winning plan I need five preparatory moves and in the meantime he can do nothing in those five moves!!!

But I am not a computer, I played peasant like …Bf2? took irrelevant pawn on h4, putting my bishop in danger of being trapped with g2-g3.

In order to save the Bishop I had to play …e7-e6 which ruins my beautiful pawn structure, he played logical Bg4 after which I am weak on e6, and we exchanged everything and arose completely drawn endgame with 2 bishops and for pawns each, two against one for me on the queenside and three against two for him on the kingside.

Computer gives this endgame as complete drawns so I offered a draw despite huge time advantage – I have just blown away all my advantage ( more than plus 2 according to computer ) due to impatient play.

But he played the opening much better than Kozul-Areschenko a Croatian GM with 2602 elo who played worse 16 Bh6?! Rd8 17 Qd2 e6 and was immediately worse, Kozul saved the game but my opponent played much better than him, his only mistake was 21 f4? already in his time scramble after which he was unlucky that his position deteriorated after my logical moves and if he had played computer instead of me, he would have lost that game, but the whole game he played at the very similar lever than I did, only one mistake from each side.

In this country and in the West especially the amateurs are increadibly strong, 2100 elo players have that low elo because they play all between themselves, 2000, 1900, 1800, 2100 elo player players, in Croatia or Russia or Ukraine, Czech Republic, Serbia, Bosnia and Herzegovina, Hungary you will never ever see 2100 players playing like that, huge difference, The game betweeen us had 400 elo points difference, but quality of play was very similar, which is really incredible.”

White starts with 1.Nf3 and Black intends to play the usual Dutch setup (1..f5), but White (GM B.Lalic) does not feel inclined to play the popular set up with c4, d4 in which Black can establish a strong disturbing knight at e4, because e4 is weak in this set up. White avoids all this and plays d3 early not allowing a black knight coming to e4 as is usually the case in Dutch games.

White applies pressure to the white squares (d5,f5) immediately playing e4 and Nh4 and trades the black knight at f6 because it defends the WHITE center square d5. Later he exchanges Blacks white-running bishop (14.Be2). This weakens the white squares (d5,f5) in the long run and the white knights will use these as outpost squares in the endgame, which will result in a losing position for Black. Furthermore Black has a dead bishop as this bishop is blocked by its own pawns sitting on black squares.