“I drew in the 6th round of Rochefort tournament. I was better all the time but in time trouble he found the only moves. Incredible, on move 35, after 35…Rb2, I offered a draw ( he had 30 seconds per 5 moves plus 30 seconds per move ) and he rejected only to offer it 5 moves after.”

“I told him after the game that he has no respect. Firstly, he is only tiny bit better, then he was worse for most of the game and then he was in time trouble, plus I was 2600 player in 1997, if advantage is 0,20 or something he will never beat me.”

“This tournament is a complete shitty tournament, every round suffering playing low elo players who play 1st line moves. Chess tournaments in France are shitty because all those Asian players etc. etc, it is best not to play here.

So now I am losing 10 elo points and it does not seem that I am playing so badly. If this continues I could go down to 2450…”

“I won in the last round of Rochefort Open tournament, however with 5,5 out of 9 I finished 11th without prize.” 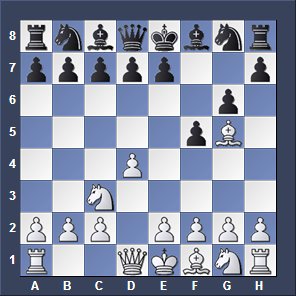 The usual setup is g3 to fianchetto the white bishop. The Dutch is quite popular nowadays and it helps to play something different as White to bring the opponent out of the book. See game below

I like the following line (with 4.Qd2 and not 4.e3) very much to beat the Dutch. Black has problems to handle it correctly.

“I won in the 6th round of Cappelle la Grande Open tournament. In the book of GM Larry Kaufman Open repertoire for White and Black he gives this 2 Bg5 line against Dutch Defense for White, but he only gives 4 e3, which I think is less strong for White. The 4 Qd2 line is much more dangerous for Black, White is playing in the style of Veresov preparing e2-e4 this line is well played by Indian IM Aswin Jayaran and GMs Azer Mirzoev and Gerard Hertneck…”

“In Cappelle la Grande is really big competition, some chess players manage to drink 3 bottles of red wine ( 0,75 litres ) 13,5 per cent during the lunch ( before the game ), increadible.”

“This situation in the tournament for me is nearly critical, I do not know what to do, when I plugged it (laptop) on current, the charger started to burn, then I turned it off, now I can only work on battery … How I can I play under such conditions? Tommorow I am White against GM Iturrizaga against whom I scored only half a point from 4 games ( all 4 rapidplays ). Chess is now terrible for me, I should better quit it.”

However, after this depressing statement GM Lalic (White) played an excellent game against a much stronger Grandmaster and achieved a draw. He sacrificed a pawn on d5 right in the opening to get the initiative which lasted right into the endgame. 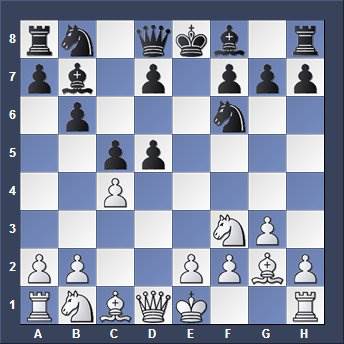 GM Lalic prepared the new move 7.cxd which sacrifices a pawn to get the initiative. Normally White plays 7.Nh4 in the position above which will pin the d-pawn and regain it later.
A true pawn sacrifice! Not only that! GM Lalic offered a second pawn sacrifice right after that on move 9.e4! but his opponent was afraid to accept the sacrifice and capture the e-pawn to avoid getting involved in tactical complications where he could easily go wrong.
Well done, Bogdan!