I believe that the hardest thing in chess is if you lose a game because of a single big mistake (a chess blunder). You fight on for hours and play well, but then at the end you make a big blunder and everything is over. This is extremely hard to accept for a passionate chess player and even harder for a grandmaster.

Comments by GM B. Lalic

I had half an hour, he had 3 minutes plus 30 seconds per move, but who can think this is a draw with the pawn on the 4th rank, only a computer. FuXXing tournament in Jaen, I will never ever play here again.”

I feel with you, Bogdan. This has happened to me many times… – Comments by Administrator 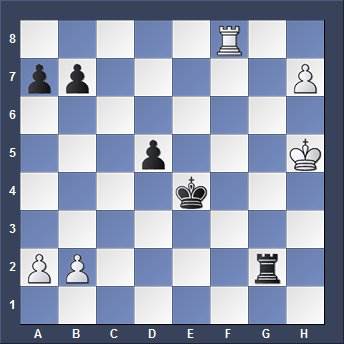 When you have blundered in a game and have lost then you usually are very upset mentally and might blunder in the next game as well.

This has happened to GM Lalic. He blundered terribly in the next game and lost again. See below

“I lost again and after this loss I told the arbiter not to pair me ( so I abandoned the tournament ). I was not in mental condition to play in the last round after this loss. Absolutely horrible tournament for me, at the end I did not see that he gives me mate in 2 moves.

Something is strange, this has never ever happened to me in my life that I lost 2 games in one single day. It was just too weird everything, obviously is dark magic making present against me in Jaen so I will never ever play this tournament again.” Comments by GM B. Lalic 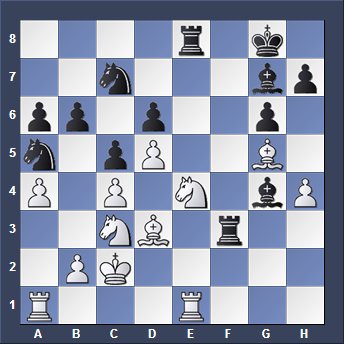 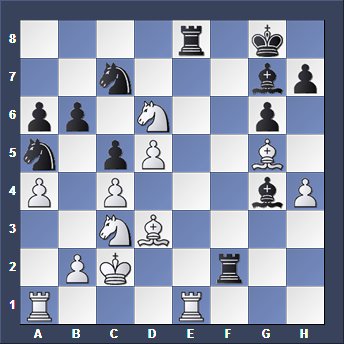 Replay the game below

I did not want to go through this torture so I said to the organizer not to pair me and that I will not play the last round. I do not know why but for my generation players ( born in 1964 ) chess is becoming a torture.”

“The first Croatian grandmaster Mijo Udovcic had a very unpleasant mentality especially when he was losing at chess. I remember a long story when he played in some Croatian Championship and when he lost brilliantly to the master Rudolf Horvat, who sacrificed half of the board.

The story goes that before resigning Udovcic took the bottle of beer and hit Rudolf Horvat with it on the head. He just could not sportingly reconcile with defeat.

In Jaen I had so bad luck with everything ( pairing, everything ). the last two round s were a horror for me, against Delchev I missed a draw at the end in the rook endgame while in the 8th round I blundered a mate in 3 moves!!!

That was just too much even for me, I have set up the pieces and resigned, but already then I decided not to play the last round, what is enough is enough.”

Something strange is becoming with chess because many professionals which used to even win some important tournaments started to abandon the tournaments.

For example, my good friend IM Daniel Barria abandoned the tournament in La Roda in April after only 5 rounds ( having scored 1 win, 3 draws and 1 loss and losing 17,2 elo points in only 5 games ).

The problem is that chess is only played because of some rewards ( elo, prize etc ), not because of beauty and if a tournament goes badly then your ego is broken and you cannot continue to play.

This happened to Huebner in his match with Kortschnoj when he abandoned the match after having blundered a rook in one move ( in better endgame ), later he abandoned also tournament in Turin 1982 after losing in the 1st round.

“Chess conditions are shitty everywhere, and life of chess professional had become very difficult. Like now what I did not play the last game are doing most of GMs I know.

After that he played in Pardubice Open tournament and has 2,5 out of 5 losing further 14,5 (elo) points, so he did not play the rest of the tournament ( losing 25 elo points in those 12 games ) so like that are doing 99% of ordinary GMs who play in open circuits.”

“I remember Mathew Sadler when he was chasing Grand Prinx prize long time ago he played one weekender near London, lost in the first round and withdrew from the tournament, it is normal.”

This is not normal. What would happen if everybody does that? I think it is the EGO, nothing else.- (by Administrator)

“The organizers in Jaen were doing pairings just how they wanted to do, In the 7th round I should have not played with Delchev, because he is number one in the group.”

“The organizer is looking for the players with highest number of points and the colour is not important, so he should have played with IM Gamundi, who had half a point more than me in that moment. So illegal is that Delchev goes to board number 2 because of that reason.”

“You can do pairings always according to criterias which you want to do in order to suit some players, I did not want to play against Delchev that moment especially not in the morning with Black, so probably I should not have played in the 8th round the tragical round in which I blundered a mate in three moves.

It was all evil in this Jaen tournament which I won in the last year and I give the word that I will never ever play there again.”

“The pairings should be done by some laws, not just by the wish of the arbiter. This is the elo order which should be obbeyed. It is not like saying: “We, the arbiters had done this pairings and you cannot complain, go and play” – I am not buying that bullshit.”

Francesco Cavicchi: ” Withdrawing is the only way to break the “negative wave” that sometimes surrounds us. You can really “feel” it when it happens and there’s no point in fighting to the death in these circumstances because everything would keep going bad. Always trust your sixth sense without regrets, that’s the right way “.

“I am glad that I did not play the last round, if I had won I would have been 11th first without a prize, so the game was completely suicidal game for me. It is important to stop the rot in the tournament where everything went wrong for me ( starting with pairings etc ).

I lost 10 elo points, but I had to stop the rot, in Benasque hopefully it will be better. It is important to stop playing when you see that everything is going against you. I do not want to lose each tournament 15 elo points and go down to 2450 due to shitty playing conditions.” by GM B.Lalic