Replay chess games from a professional chess grandmaster, who is travelling from tournament to tournament in Europe to make a living.

“Today I drew with one more low rated player. I missed some better chances, but I am not a computer. At the end he defended very well, maybe my Rook to a3 is too slow.”

“After the game he asked me to analyse, I refused. I told him that he defended like a computer ( 2040 elo ). He told me that he is winning 40 points for the new list. I said it does not matter because 2100 elo player should draw against me with Black once in 10 games so I refused to analyse.”

“I feel really low now, it is like losing if you draw with a 2040 player with White. Terrible.”

“In the following position from the Open in Viono de Pielagos my young opponent ( an FM elo 2311 ) on move started to stare at the wall for 5 minutes before making the only legal move 14 Kh1. This gave me an impression that I am playing a computer and not a human, so I played 14…Be5 and offered a draw which was accepted after 5 minutes of thought. 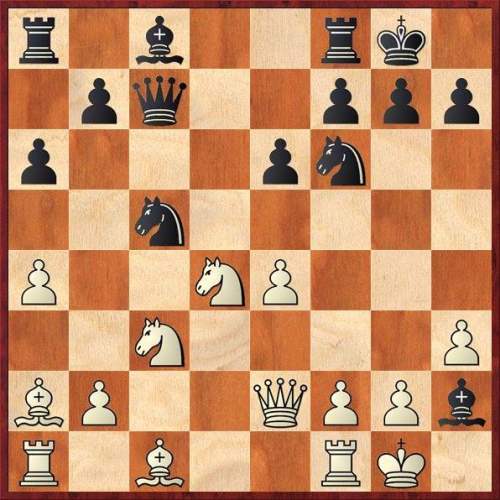 I am not sure what to play here…hahaha – Admin